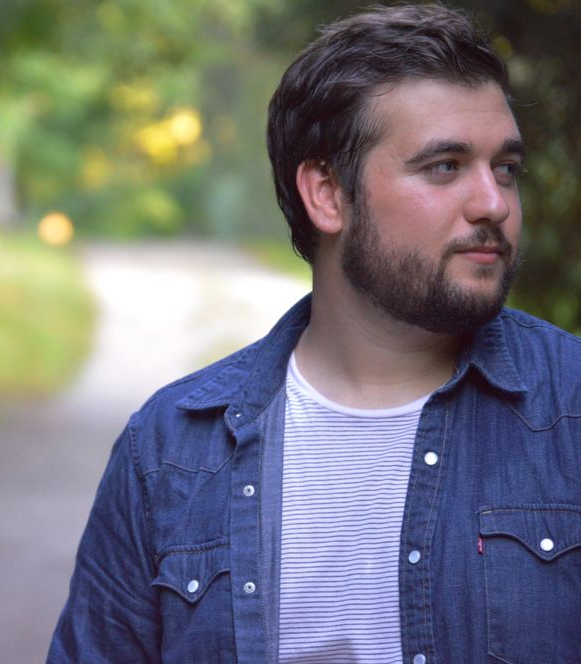 Where is he from:
Boston but living in Nashville.

The first time he performed live was as part of a middle school talent show – it was then he realised he wanted a career in music.

Moving to Nashville a little over a year ago to chase his dream of having a music career.

Creating a special moment at his brothers wedding by performing live during the mother and son dance.

For some people the art of figuring out what dreams they want to chase is an aspect of life that can take up a lot of time, for others however they figure it out pretty early on. For Massachusetts native, Logan Piercey, he realised during his first live performance at a middle school talent contest that music was the path he wanted to take in life. Since he realised his dream and started taking it seriously the only thing that really stood in his way was fear. He had heard many people disclose the difficulty they had getting into the industry and voice their concerns over how unlikely they felt it was. That fear was enough to take him to college but during his last year when searching for a job he couldn’t find any that interested him. The one thing his mind kept going back to was music.

After graduation when most of his class mates were starting new jobs Logan made the choice to move back home where he came up with a plan to move to Nashville. The drive is one he remembers so vividly, he and his father took separate cars which meant the whole way he was left to evaluate the situation. One part of him still carried that fear he had for years but the bigger part of him was overwhelmed with excitement! He was eager to see what he could make of his dreams, determined to be successful in his aspirations of becoming a singer-songwriter.

One moment that he holds particularly close to his heart is the time he had the opportunity to perform at his brothers wedding during the mother and son dance, its a memory that he will never forget. In addition to his passion for music his family is everything to him – that includes his Corgi, Parker who is 14 years old! Go check out his adorable pup over on Instagram you won’t regret it – go for the pup, stay for the music! When asked about different artists he would love to work with or tour with Logan mentioned two very different artists. Jade Bird, is an artist with such infectious energy that he would love to work on a project with her to see what they could come up with. The Lumineers are a band that have always inspired him and after getting the opportunity to see them live in February, are at the top of his list for artists he would love to open for! The variation of the two artists alone is enough to let us know that Logan is more focused on creating good music than he is in making music that fits into one genre.

Next To Me | New Release

A lot of artists have been using this time to develop their music as well as spending time with those they care about, watching their favourite shows and enjoying some other hobbies, Logan is no different! During quarantine he has spent a lot of time recording, planning, performing live streams and promoting his new single, NEXT TO ME, that he co-wrote with Campbell Davies that was released today, May 1st 2020!

NEXT TO ME is available NOW on a number of streaming platforms such as Apple Music & Spotify!

Music is a powerful storytelling tool that can cover a variety of different issues or areas in life, the story behind a song is often what helps the listeners connect with the artist. The concept Logan and Campbell explored in this single is a simple one, the aspect of young innocent love, something the listeners can all relate too in their own way. However, going into that session neither Logan nor Campbell had a plan – it was only after some random guitar picking that the intro was developed which took them both on a journey back to youth and summertime. The different steps taken to bring NEXT TO ME to life have been full of rewards and fun, for Logan his favourite part was the recording process as he had his friends involved! Its also clear that everybody, especially Ren Renfree who produced the track, shared the same vision as Logan when it came to the song! Read on to find out what I thought about NEXT TO ME!

From the moment you hear the first note the listener instantly falls into a summertime feeling! The feeling alone would be enough to keep you listening but the moment Logan starts to sing it feels as though he is directing it at you making it feel really personal! From start to finish the listener is surrounded by a variety feel-good vibes from romance to summer to youth to just pure happiness and joy in general. The chorus is so memorable that after listening once, you will be stuck singing it for days! This song really has it all – feel good vibes, relatable story and a memorable chorus – if this is a taste of what to expect then we have A LOT to be excited about, Logan included! The story NEXT TO ME tells may be simple but in my opinion this is one of those occasions were less is definitely more!

DOWNLOAD AND STREAM NEXT TO ME ON YOUR CHOSEN PLATFORM NOW!

NEXT TO ME is the first track Logan has released from his upcoming EP, Old School! The rest of this year will he will be focusing on promoting the rest of the songs from that upcoming EP while continuing to work on content for his social media pages! He has already started writing and recording a new project that he hopes will be coming out at some point in 2021. To keep up to date with what Logan Piercey is doing, as well as getting your daily dosage of cute dogs then check out his Instagram and other social links above!?

If you listen to NEXT TO ME let me know below what you think!

This site uses Akismet to reduce spam. Learn how your comment data is processed.